Learn Spanish grammar through a trip to Gramatica’s country. You will learn the 30 essential concepts you will need to know in order to speak fast and easily with any Spanish speaker person in the world.

learn spanish Grammar in a useful and fun way

Join Katy to discover all the ways to speak Spanish on a trip to Gramatica’s country. She will find adventure, drama, love, frustration, and all the keys to success in this amazing country. 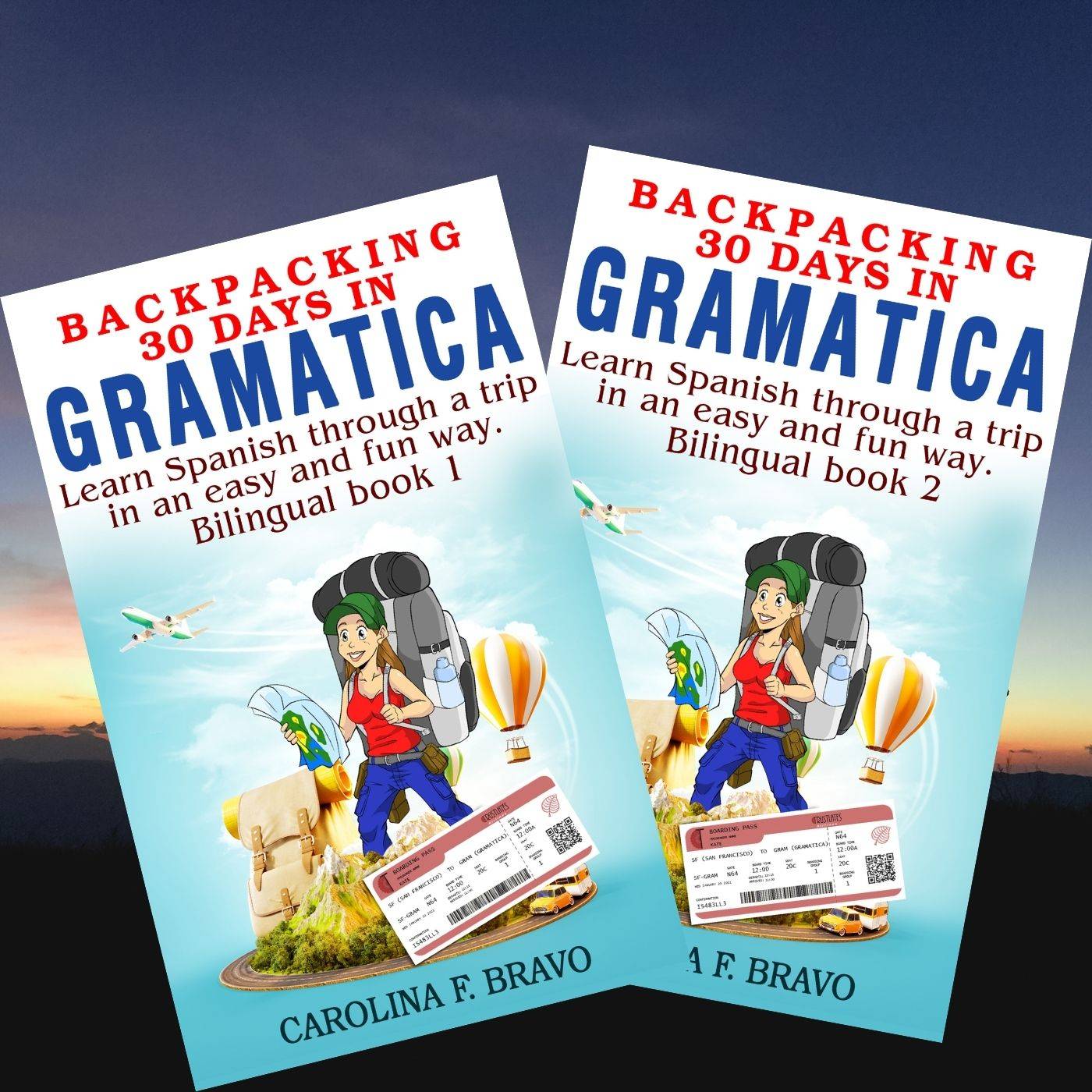 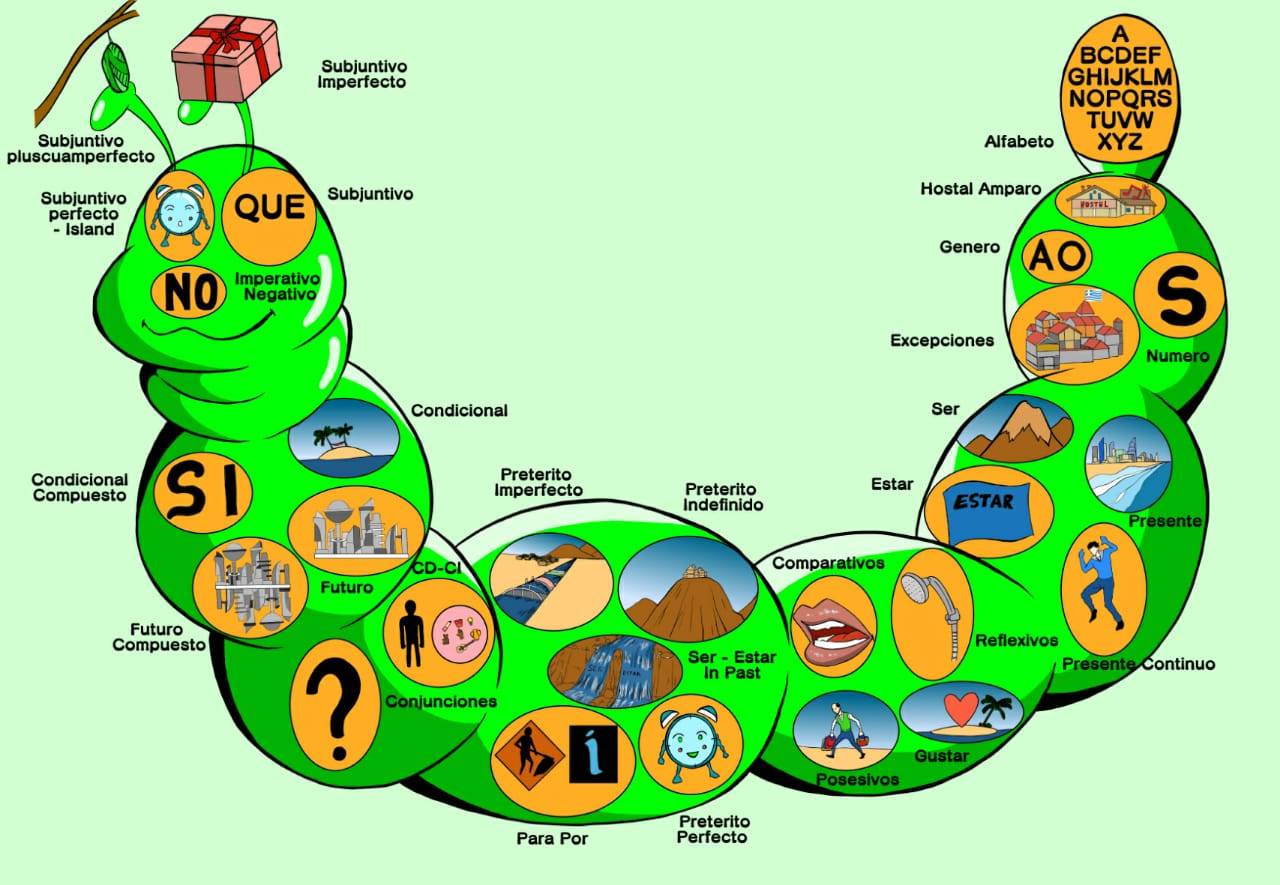 Katy will travel to a wonderful country, Gramatica, a unique place with a particular and surprising shape. She will need to handle challenges all the time and she will have only 30 days to finish her trip and complete her goal. Join her in this challenge. Let’s do it!

Get your eBook here

how are the ebooks inside

In those two eBooks you will find grammar templates, strategy points, and tricks to speak easy. Also, tips to challenge the frustration when you are in the process of learning Spanish. In addition, you will find Spanish music to enjoy the trip. And definitely, you will learn about Spanish culture and exercises to practice all you are learning. What else you can ask! 402 pages. Insuperable! 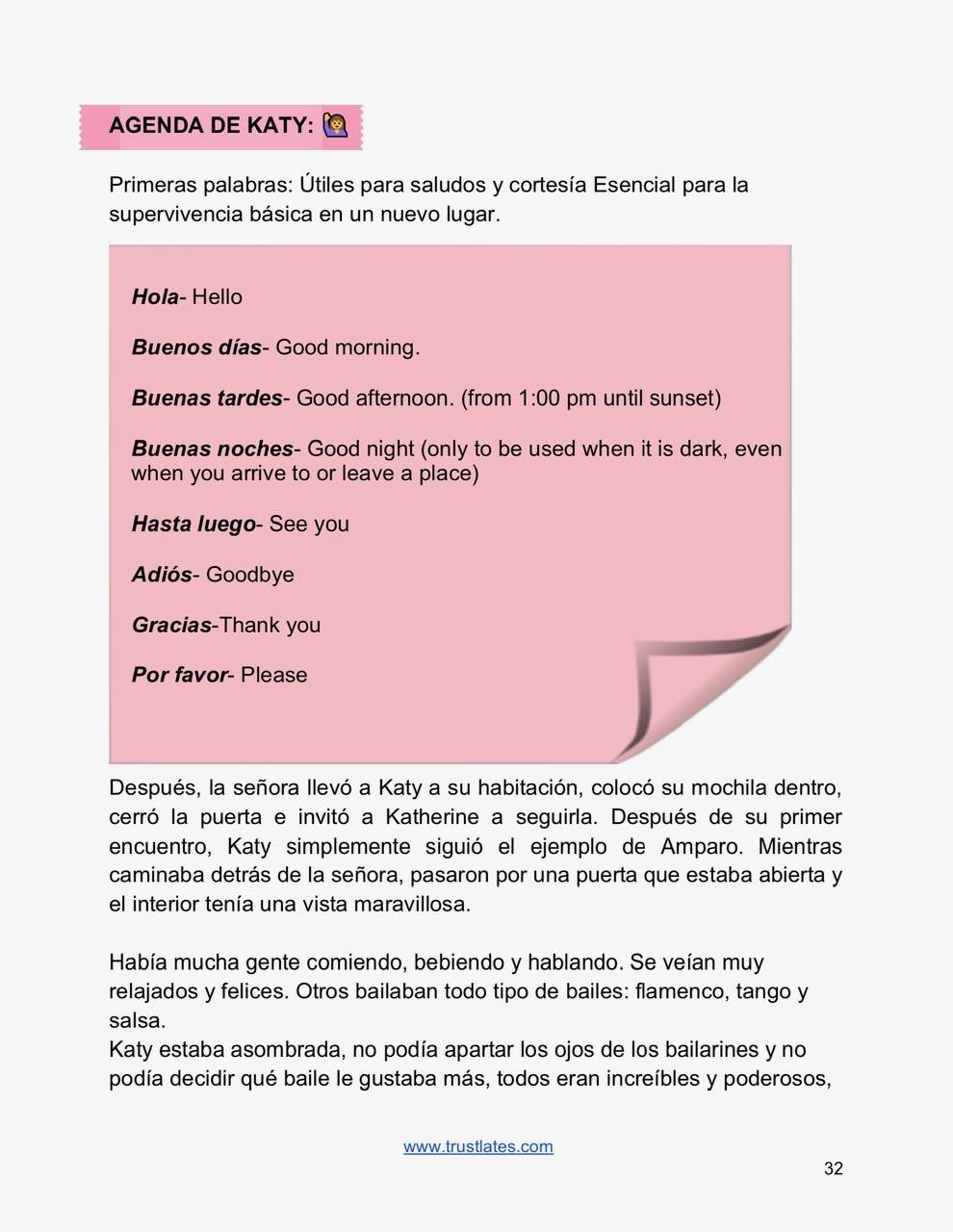 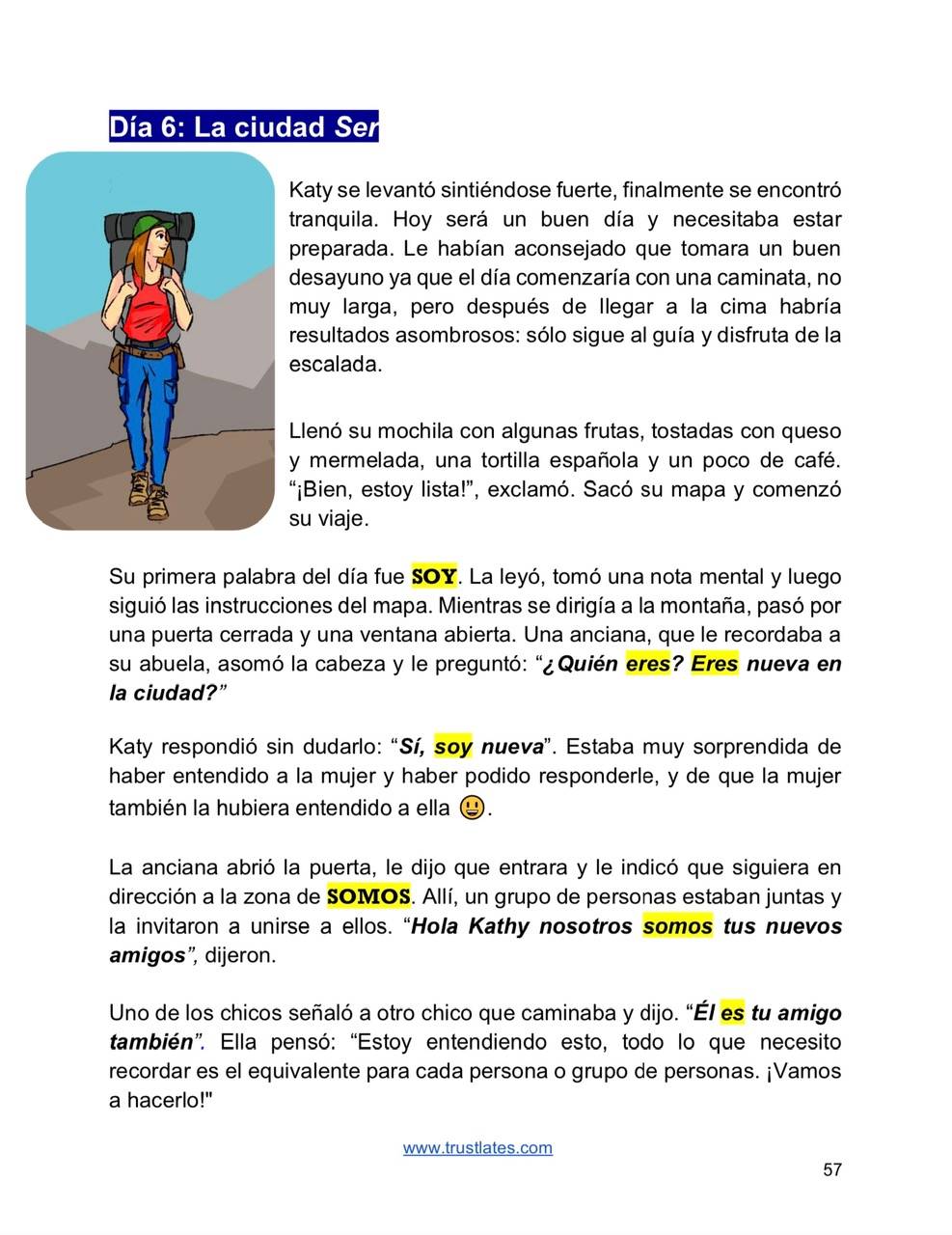 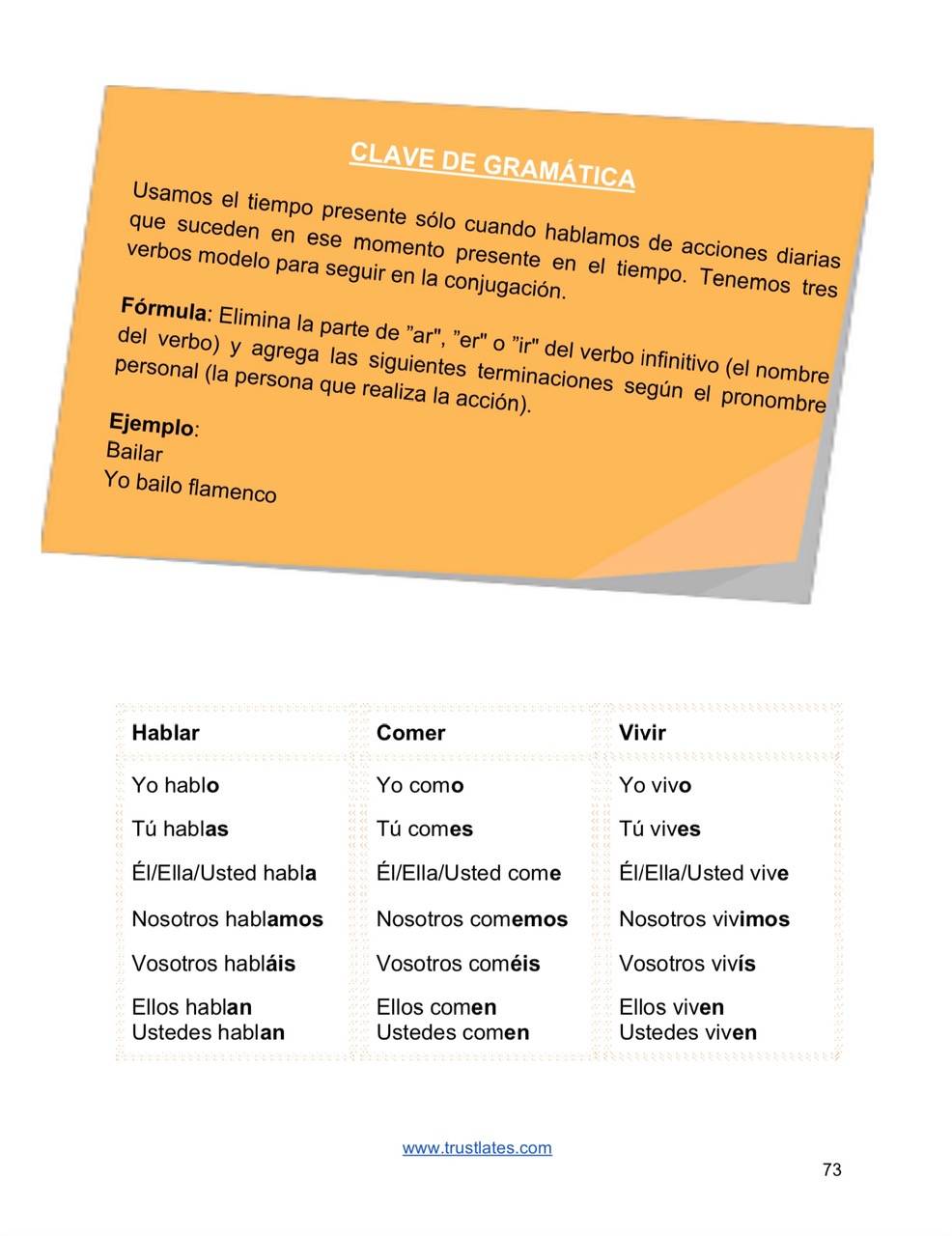 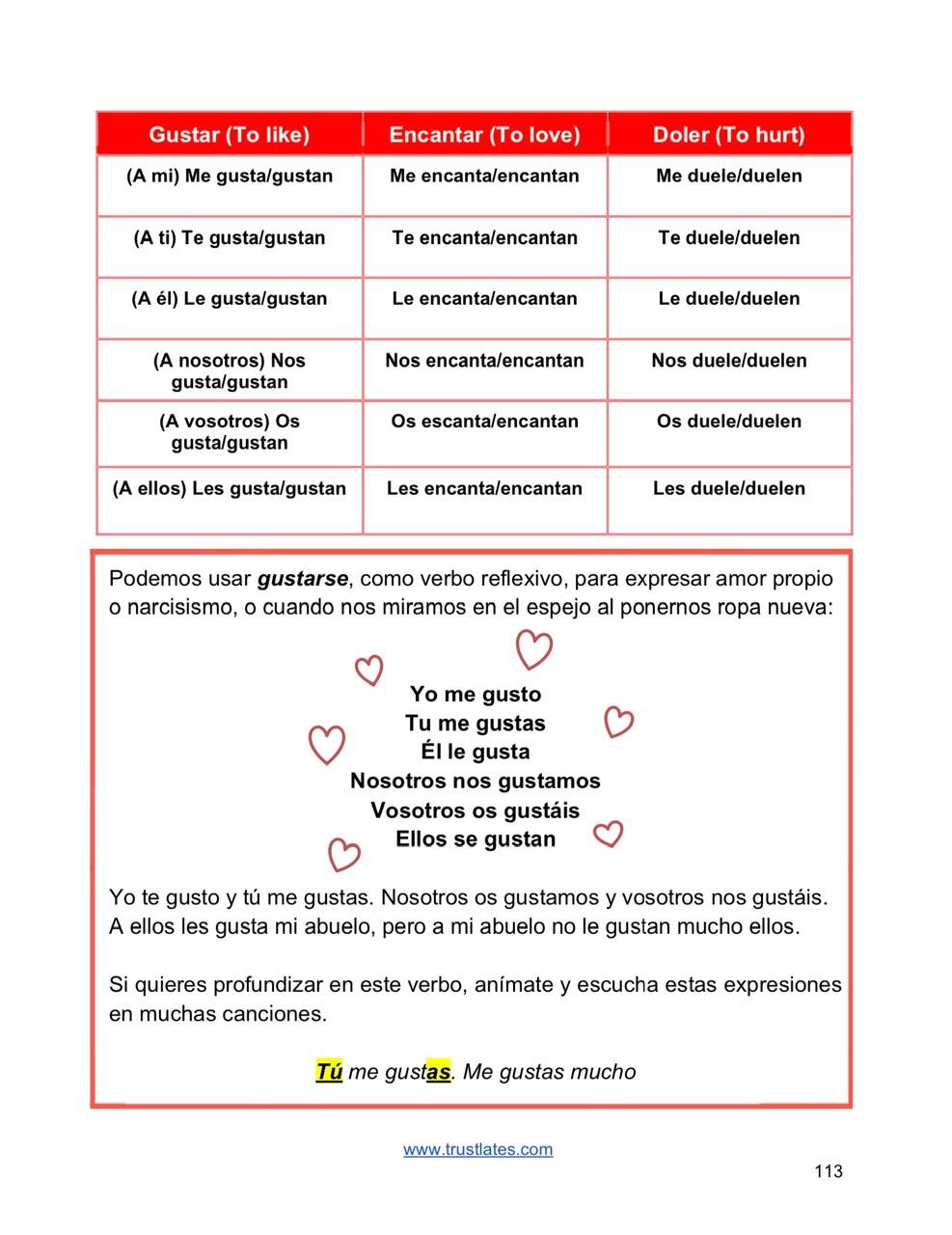 Is a unique eBook where you will find the grammar explained in a very original way letting these concepts sink in without effort. A remarkable way to learn all you need to know to speak Spanish. Learn how it was made!

They are learning Spanish and they found Spanish grammar hard and complicated like probability you thought. Read what they said after they got “Backpacking 30 days in Gramatica”

After reading it, finally I understood the grammar and I know what is the most important. I was not good in grammar at school and this eBook helped me incredible.
Leo Miles
Designer
Finally, I know how to use all the grammar I learned before. I didn't know how to apply all these rules. Also, now I know I'm not the only one frustrated learning Spanish.
Jamie Peters
Engineer
I enjoyed a lot reading it. It's fun, very realistic with the feelings Katy experienced. I'm having the same feelings. Also, I love the music than you can find it in the eBooks.
Chiara Infantino
Dentist

Carolina is the author of her second eBook “Backpacking 30 days in Gramatica”. She built her carrier in Spain where she was a journalist for 15 years. Her ambition to learn about the world made her to develop her new passion, teach Spanish.

She moved to the US in 2011 where she helped teams in companies as an Airbnb, Facebook, Oakland hospital to speak Spanish for work purposes. She worked with over 500 students helping them traveling to Spanish countries, talk with their in-laws in Spanish o sign contracts in Spanish-speaking countries. She made their dreams come true teaching them very simplified grammar, but with a powerful strategy. Also, Carolina made their students’ personality and intelligence shined in Spanish.

Six years later in the US, she traveled to Asia for almost one year visiting Buddhist temples meditating and living with monks. Those experiences helping her to share the courage needed in dealing with the frustration to learn Spanish. She is convinced with a strong mindset, Spanish learning is a walk in the park. Now she is living in Italy preparing her next project for helping her students.

"Spanish is not about how many words you know, it's about how, when, and where you use them. How you express yourself matters." 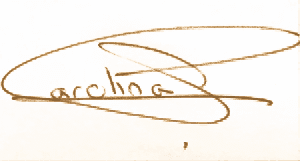 The two bilingual books to learn all the Spanish Grammar in an incredible price. 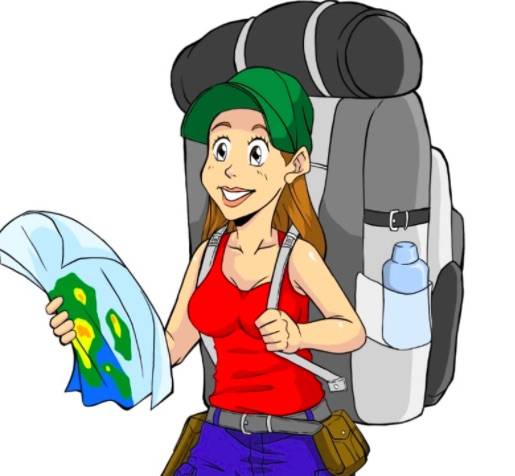 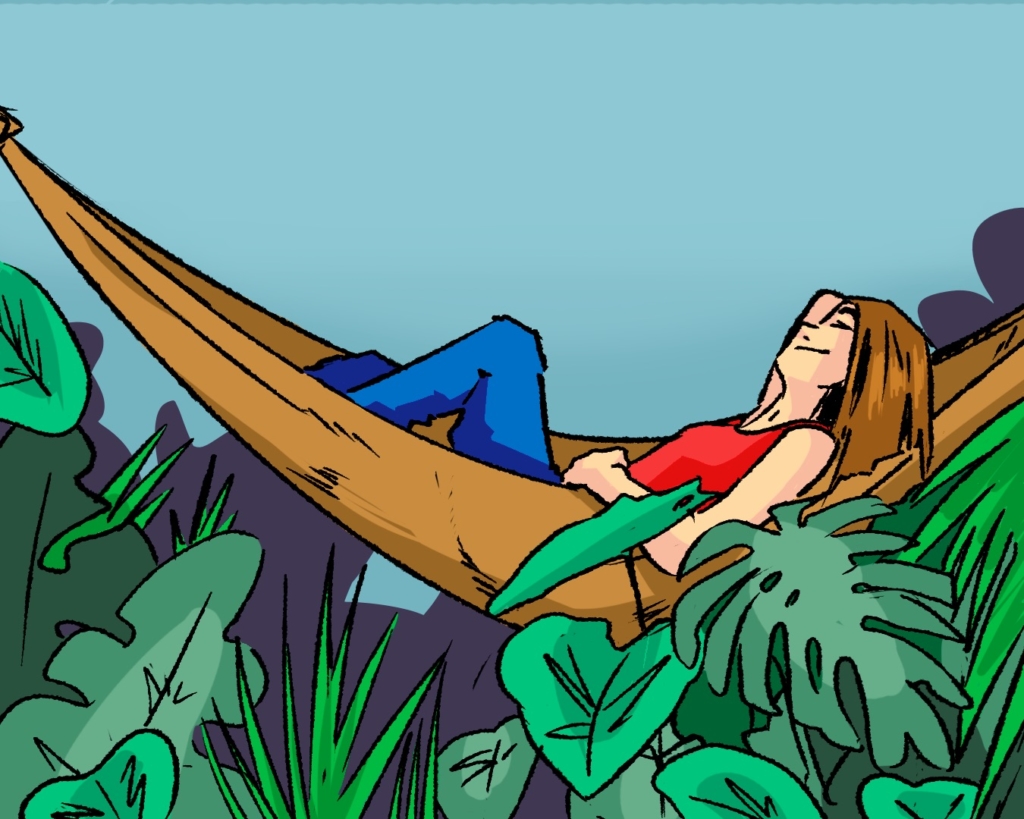 What I Am going to learn?

You will learn all the essential grammar to speak Spanish even if you don’t know anything about languages rules in your mother tongue. The two bilingual eBooks cover Present tenses, all the past tenses, future tenses, conditional, all the subjuntivo tenses, and Imperative. Also, you will find templates and graphics with all the tenses. In addition you will find many tips and useful strategy. At the end of the eBooks you will have exercises with solutions included to practice the grammar.

CAN I START THE SECOND BOOK FIRST?

Yes and No. The Grammar in the second bilingual eBook is advanced and independent from the first book. However, in the first eBook, you will learn tricks and tips to handle frustration or lack of motivation when you are in the Spanish process. Definitely, you will need to learn them for handling the Spanish grammar challenges  you will find when you get progress in your level. Also, you will miss all the adventure, friends and music Katy will find on the road.

Why ARe these grammar books different?

“Backpacking 30 days in Gramatica” offers a unique perspective to learn grammar in a fun and relax way. You will get identified with the main character Katy, suffering the same challenges and doubts. The two bilingual (English/Spanish) books will help you also in the emotional part. You will find all the tips to feel less frustrated or handle the moments when you think is too difficult.

Why is an ebook and not a paper book?

These two bilingual eBooks (Spanish/English) have a fun ingredient you can’t have in a regular paper book. It’s a interactive book. There are more than 40 Spanish songs insert along with the ebook where you can have fun watching and listening to the song videos. Such a fun way to read the book and learn more about the Spanish rich culture en music and sensual dances.